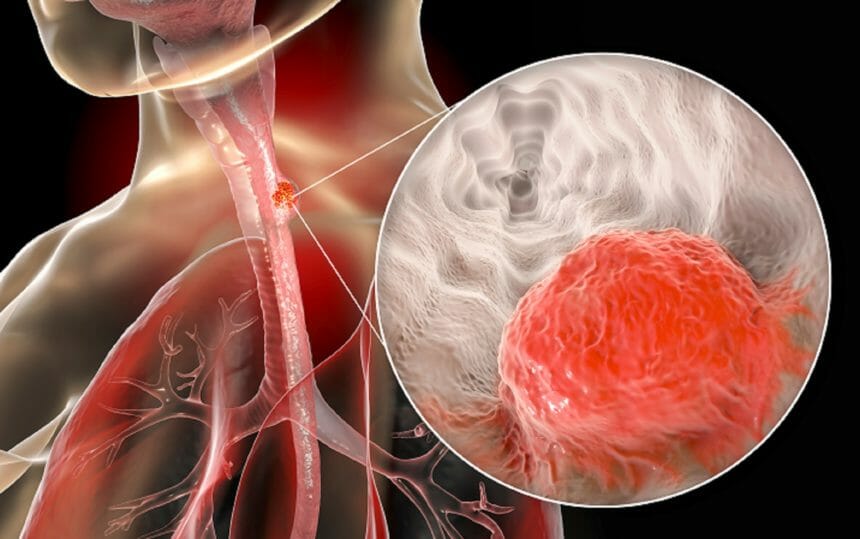 The esophagus is a muscular tube connecting the throat (pharynx) with the stomach, it is about 8 inches long, and is lined by moist pink tissue called mucosa. The esophagus runs behind the windpipe (trachea) and heart, and in front of the spine. They keep food and secretions from going down the windpipe. 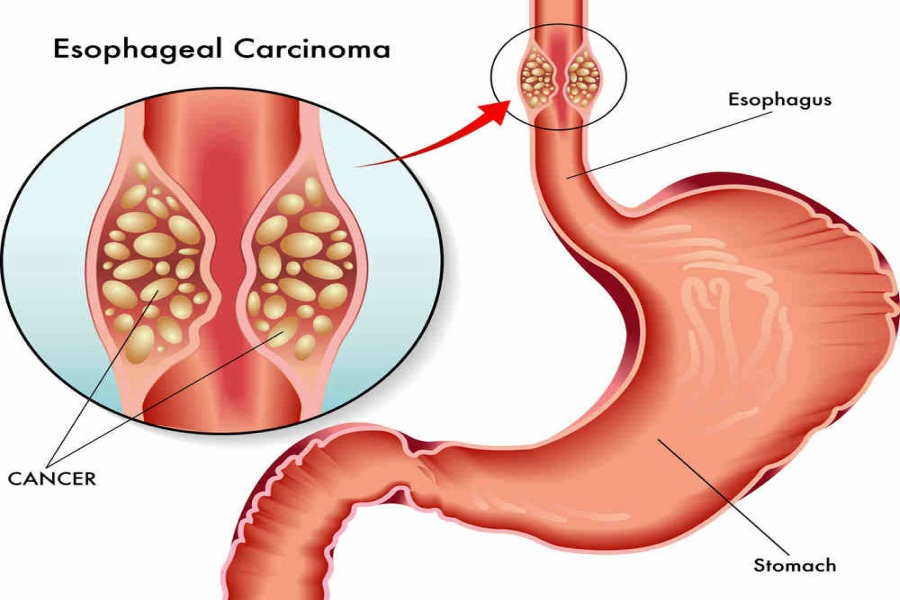 Initially treated with acid suppression therapy by his primary care physician, which temporarily relieved the symptoms.

He noted the onset of difficulty swallowing solid food with a feeling of food getting stuck in the chest.

He was a heavy smoker with packed- history of 10 years. He denied alcohol and drug abuse, and had no family history of malignancy.

Upper gastrointestinal endoscopy (camera test) revealed the presence of a huge fungating mass in the mid-esophagus .

CT scan revealed no evidence of nodal or metastatic disease.

The patient was clinically staged as having T3 N0 M0 disease (Stage IIa).

He subsequently had chemoradiation followed by Ivor Lewis esophagectomy.

He then received further adjuvant chemotherapy for 6 cycles.

He is now on a three monthly surveillance by the Oncology team with CT imaging.

Esophageal cancer occurs when cells in the esophagus develop changes (mutations) in their DNA. The changes make cells grow and divide out of control. The accumulating abnormal cells form a tumor in the esophagus that can grow to invade nearby structures and spread to other parts of the body. 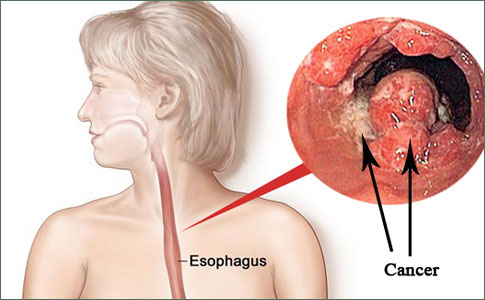 Squamous cell carcinomas (SCCs) also known as epidermoid carcinomas form on the surface of the skin, on the lining of hollow organs in the body, and on the lining of the respiratory and digestive tracts. They arise in the upper and middle parts of the esophagus and is particularly associated with smoking and chronic alcohol consumption.

Squamous cell carcinoma is the most prevalent esophageal cancer worldwide.

As esophageal cancer advances, it can cause complications, such as:

You can take steps to reduce your risk of esophageal cancer. For instance:

Early detection and treatment of esophageal cancer are crucial to improving one’s survival and quality of life. 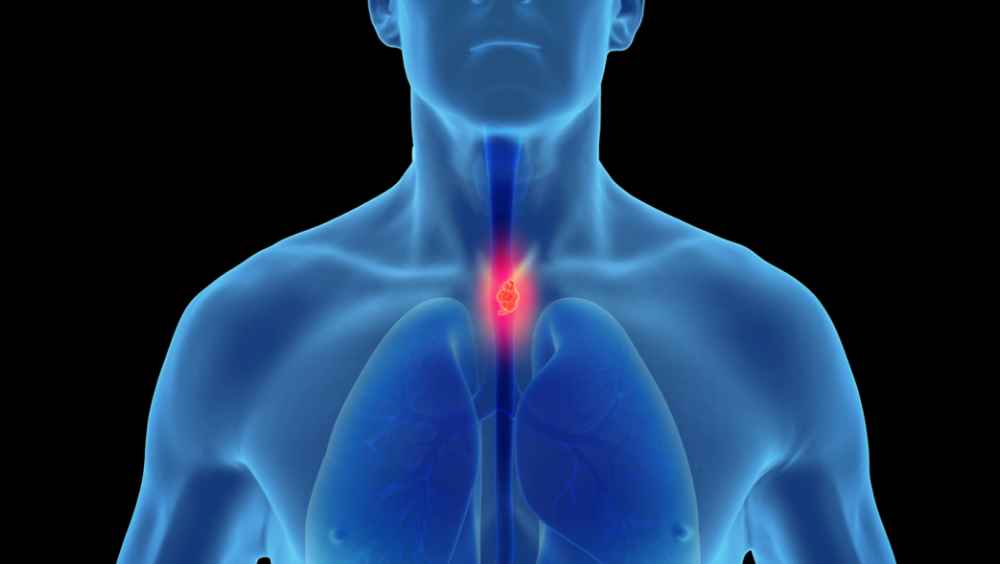 Other investigations at the discretion of the managing team may include:

After diagnostic tests are done, the doctor will review all the results with the patient. If the diagnosis is cancer, these results also help the doctor describe the cancer. This is called staging.

Treatment will be based on the type of cells involved in the cancer, the cancer stage, overall health/performance status and patient’s informed preference for treatment.

Surgery to remove the cancer can be used alone or in combination with other treatments.

Treatments for esophageal obstruction and difficulty swallowing (dysphagia) can include:

Chemotherapy is drug treatment that uses chemicals to kill cancer cells. Chemotherapy drugs are typically used before (neoadjuvant) or after (adjuvant) surgery in people with esophageal cancer. Chemotherapy can also be combined with radiation therapy.

In people with advanced cancer that has spread beyond the esophagus, chemotherapy may be used alone to help relieve signs and symptoms caused by the cancer (Palliative Chemotherapy).

Radiation therapy uses high-energy beams, such as X-rays and protons, to kill cancer cells. Radiation typically will come from a machine outside your body that aims the beams at your cancer (external beam radiation). Or, less commonly, radiation can be placed inside your body near the cancer (brachytherapy).

Vaccination as a Means of Cancer Prevention